The Mountains Wait by Theodor Broch

Life under the Nazis in a northern Norwegian town

This book came to my attention because it features pictures by Rockwell Kent, one of America’s great book illustrators. Finding the subject matter interesting, I decided to read it, and I’m glad I did. The Mountains Wait was written by Theodor Broch, a Norwegian lawyer and politician. In this memoir, published in 1942, Broch recounts Norway’s involuntary entry into World War II when the Nordic nation was invaded by the Nazis.

The book opens with Broch fleeing through the mountains trying to escape into neutral Sweden. He then flashes back ten years to when he first moved to the small, far northern city of Narvik a decade earlier. Narvik is a seaport town from which the iron ore of Swedish mines is shipped out to the world. Broch, raised and educated in Oslo, moved to Narvik following graduation from law school because his father, a military man, was stationed there. In the first few chapters of the book, Broch relates how he began practicing law, became a city councilman, and was then elected mayor of Narvik. As he gets to know the inhabitants of the remote community, the reader gets a glimpse into the peaceful and picturesque life of this small Norwegian town.

That all changes on April 9, 1940, when the Nazis invade Norway. Narvik is taken and occupied for its crucial seaport. The British launch a savage naval battle in the adjacent fjord, but it fails to win the town’s freedom. Soldiers from Norway, Britain, Poland, and even the French Foreign Legion are all engaged in combat in and around Narvik. As mayor of the town, Broch is required to meet with the Nazi commanding officers and cater to their demands. He provides a realistic glimpse at life under Nazi occupation. At times relations are reluctantly cordial between the Norwegians and their captors, but the residents of Narvik still covertly resist the Nazis at the risk of punishment by death. Because the Nazis claim the Nordics as their racial brethren, the overt atrocities of ethnic cleansing are not an issue, but the Nazis certainly do not behave themselves as gentleman combatants when they engage in all kinds of dirty tricks from donning Norwegian uniforms, hiding behind the red cross symbol, or using civilians as human shields. As time goes on and their hold on the town becomes less secure, the Nazis become more violent and abusive towards the Norwegians. Many citizens of Narvik are killed by bombing raids, and some by friendly fire, as their town is destroyed around them.

The title of the book refers to the fact that while Broch and many of his countrymen have fled to live in exile, he hopes that one day the Nazis will be driven from Norway, and his native land will once again welcome its children back to its beautiful snow-covered landscapes. A word that is used often in the text is “quisling,” denoting a traitor who collaborates with the enemy. This common noun was derived from the proper name of Vidkun Quisling, head of the Norwegian government under Nazi occupation, who briefly makes an appearance early in the book.

Kent’s illustrations for the book are excellent. He provides headpieces and tailpieces for each chapter. These are mostly lovely scenic views of the Narvik region. Only a few of the illustrations specifically depict views of war. Regardless of the art, however, readers with any connection to Norway or an interest in the second world war in Europe will find Broch’s historical memoir a compelling read.
If you liked this review, please follow the link below to Amazon.com and give me a “helpful” vote. Thank you.
https://www.amazon.com/review/R379Q0CSJG0XIT/ref=cm_cr_srp_d_rdp_perm
Illustrations by Rockwell Kent, from the book 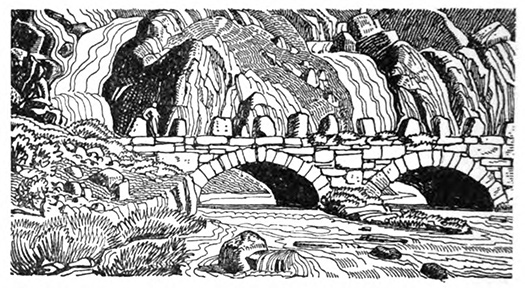 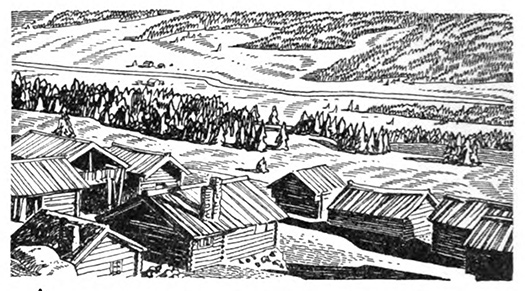 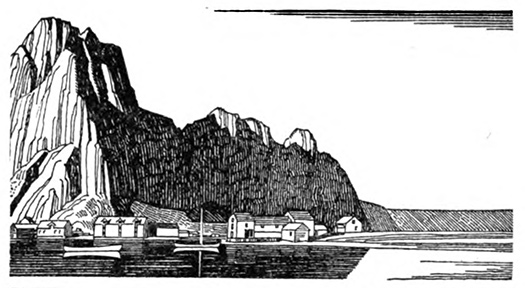