An anniversary of sorts
Since its debut in January 2012, Old Books by Dead Guys has posted 499 reviews. Here at #500, we stop and smell the roses by taking an overview of how we got here. This is a good opportunity for readers to take a look back at some of the reviews you might have missed. Consider this a cheat sheet of the last three and a half years. Click on the numerous links below to read more.

Top Ten Most Reviewed Authors
Anyone who follows the blog or the Facebook page will recognize these usual suspects.

1. Jack London (71 reviews)
Best books include The Iron Heel, The Call of the Wild, Martin Eden, Before Adam, The Faith of Men, Moon-Face, The Road, John Barleycorn

4. Frank Norris (18 reviews)
Best books include The Octopus, McTeague, The Third Circle, The Pit, Moran of the Lady Letty

5. Sir Arthur Conan Doyle (16 reviews)
Best books include A Study in Scarlet, The Hound of the Baskervilles, The Great Shadow, The Captain of the Polestar, The Doings of Raffles Haw

7. Upton Sinclair (12 reviews)
Best books include The Jungle, 100%: The Story of a Patriot, the Lanny Budd series

9. Alexandre Dumas (10 reviews)
Best books include The Count of Monte Cristo, The Three Musketeers, Twenty Years After; also the biography The Black Count

10 (tie). James Fenimore Cooper (8 reviews)
Best books include The Last of the Mohicans, The Pioneers, Wyandotté

Top Ten Most Reviewed Nations
Consider this the Olympics of OBDG! Although in this case the USA dominates the medal count, Old Books by Dead Guys firmly believes that all nations create great literature (it’s just harder to find some of them in English). So when you’re looking for a new read, cast a wide net and explore the far reaches of the globe.


Top Ten Most Reviewed Genres and Subjects
There is some overlap between these classifications of subject, format, genre, or chronology. Some books fit into more than one category.

4. Modern Literature [“Modern” might refer to time period—roughly 1930s to the present, or style of author—“Modernism” as opposed to Romanticism, Realism, or Naturalism] (84 reviews)

7. Recent books [from about the past decade] (52 reviews)

8. Pulp Fiction [works reprinted from or written in the spirit of the pulp magazines] (49 reviews)


Top Ten “Omnibus” Posts
Occasionally Old Books by Dead Guys publishes a post that doesn’t focus on a single book, but rather explores a particular author, topic, or theme. Below are some of the more useful ones for fans of classic books.

The Rougon-Macquart Cycle by Émile Zola

The Novels of Jack London

Publisher Profile: In Praise of the Delphi Classics


Top Ten Most Visited Reviews
When your primary audience is random Googlers, you never know what they’re going to be looking for. Here is a list of the ten most visited posts at OBDG, as of today.

1. Burning Daylight by Jack London
Not one of his better known works. Not sure why so many people are interested.

2. The Peasants by Wladyslaw Reymont
A Polish classic that’s largely unknown to English readers, even though he won the Nobel.

3. Publisher Profile: In Praise of the Delphi Classics
Here I take a look at some of the offerings from my favorite publisher of classic ebooks.

5. The Burning Plain by Juan Rulfo
A superb collection of short stories by one of Mexico’s greatest authors.

6. The Best Short Stories of Jack London
If readers are looking for an authoritative list, my picks are as good as anyone else’s.

7. Schaum’s Outline of Chinese Grammar by Claudia Ross
Definitely not the most exciting book I’ve ever blogged, but apparently there’s a need for it.

8. The Rougon-Macquart Cycle by Émile Zola
An overview of Zola’s monumental series of 20 novels.

9. The Assassination Bureau, Ltd. by Jack London and Robert L. Fish
Another obscure London title. This one was completed after his death.

10. The Corsican Brothers by Alexandre Dumas
No doubt people are Googling the Cheech & Chong movie. 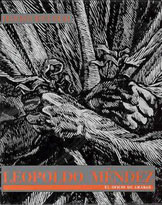